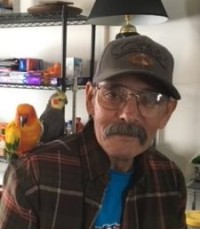 Delfinio was predeceased by his wife Ofelia Archuleta, his parents, brother, and sister.  He will be buried by his wife at the Heyburn Riverside Cemetery.

Thanks for your prayers and support.  Services are under the direction of Morrison Funeral Home